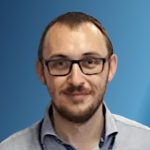 Marco Mussetta is an Associate Professor of Electrical Engineering in Politecnico di Milano, Italy.
He was born in 1979.
He received the M.S. degree in mechanical engineering and the Ph.D in electrical engineering from the Politecnico di Milano, Milan, Italy, in 2003 and 2007, respectively.
In 2006, he has been a Visiting Ph.D. Student at the State Key Lab of Millimeter Waves in Southeast University of Nanjing, Nanjing, China, in the framework of an international project on S&T cooperation between Italy and China.
In 2007, he attended courses at Massachusetts Institute of Technology (MIT, Boston), University of Milano-Bicocca, and MIP (Milano) on intellectual property protection, technology transfer management, and project management.
In 2008, he got a Postdoctoral Scholarship with the Department of Electronics in Politecnico di Torino, Turin, Italy, where he was involved in a project on the implementation of reflectarray antennas in aerospace application for global monitoring and surveillance.
In March 2011 he joined the Department of Energy, Politecnico di Milano, as an assistant professor.
Since 2015 he is an Associate Professor in the same Department.
Since 2022 he is the Coordinator of the PhD Program in Electrical Engineering at Politecnico di Milano.
His research activities include global evolutionary optimization techniques applied to reflectarray antennas design, printed antennas, FSS, wireless sensor networks, and modeling and optimization of renewable energy systems by means of advanced soft computing techniques.
Since 2001, Dr. Mussetta coauthored about 200 publications on WoS/Scopus-indexed journals and proceedings of international conferences.
He serves as a Reviewer for IEEE Transactions on Evolutionary Computation, IEEE Transaction on Neural Networks, IEEE Transactions on Magnetics, IEEE Transactions on Electromagnetic Compatibility, IEEE Antennas and Wireless Propagation Letters, Microwave and Optical Technology Letters, and ACES Journal.
He is the Chair of the IEEE CIS Task Force on “Fuzzy Systems in Renewable Energy and Smart Grid” and Member of the IEEE CIS Fuzzy Systems Technical Committee.
He is a Senior Member of IEEE, CIS, PES, IES, and member of AEIT, and SPIE.